The Brenner Base Tunnel (BBT) is a straight and flat railway tunnel connecting Austria and Italy, through the base of the eastern Alps beneath the Brenner Pass. In 2004, Austria and Italy signed a State Treaty to build the BBT, and construction work began in 2008.

According to the construction program, it is set to be completed by 2027 and then a year of test operations will run, meaning the tunnel should be fully operational by 2028.
It is the main element of the new Brenner railway from Munich to Verona. At 64 km, it is the longest underground railway connection in the world; a pioneering work of engineering set to improve passenger travel and freight transport through the heart of Europe in the years to come. 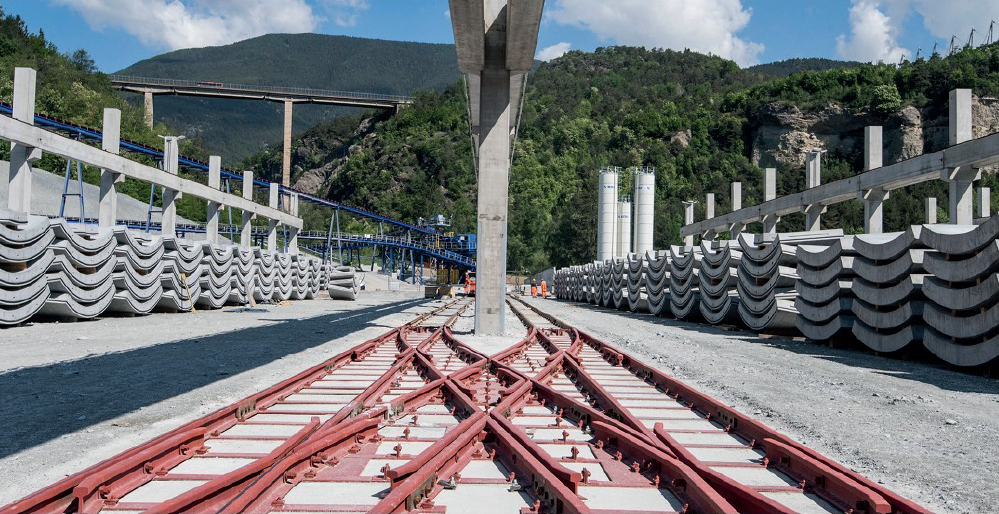 The European Union is promoting the expansion of this transnational multimodal tunnel and considers this work to be high-priority. The BBT is meaning primarily for freight transport, allowing a modal shift of traffic from road to rail.

Passengers’ trains can also travel through the tunnel. In addition, thanks to the virtually horizontal tunnel, train traffic will no longer have to contend with the steep up and downhill slopes on the Brenner railway line that by now is over 150 years old. ... 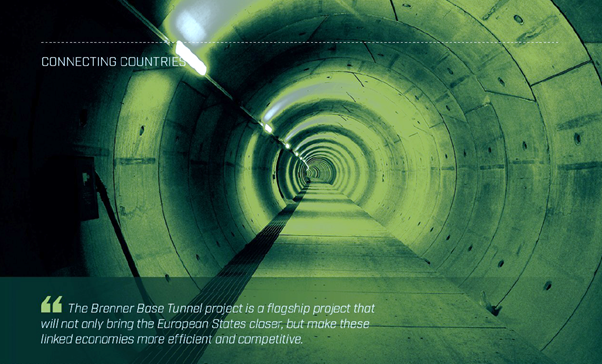 RECENT UPDATES : 15 years ago, the State Treaty was signed in Vienna and at the end of 2004 BBT SE was established as a project vehicle to start the planning phase and then carry out the works.

The 15th anniversary of the Treaty was marked by a milestone: 100 km of tunnels have been excavated, 100 km of tunnels have been completed, including over 38 km of exploratory tunnel, 28 km of railway tunnels and 34 km of other tunnels.
…
As the EU Commission for Transport, Violetta Bulc, said: “The Brenner Base Tunnel project is a flagship project that will not only bring the European States closer but make these linked economies more efficient and competitive.”

The Tunnel is on schedule to be operational by 2028. For further information, visit www.bbt-se.com/en.