The CAD for Italferr Station Plans

Italferr, a design company of the Italian Railways Group, has been using a CAD application developed by Siteco for a long time to design railway station plans.

The IFPS application was developed starting from the GBG application, the first CAD software in Italy, supplied in the 1980s to Ferrovie dello Stato by the company Cad.Lab, a pioneer in the sector.

IFPS allows the design of the geometry of the Station Plans in an AutoCAD environment, with the rigorous construction of switches and connections, in compliance with current regulations and industry practices.

Now the application has been renewed, enhanced and aligned with AutoCAD 2022.

The new version of IFPS includes all the functions required for the construction of railway sidings, with different transition curves, satisfying all the needs of the designer to allow the traffic distribution in the stations, in compliance with the geometric constraints and regulations actually in force. 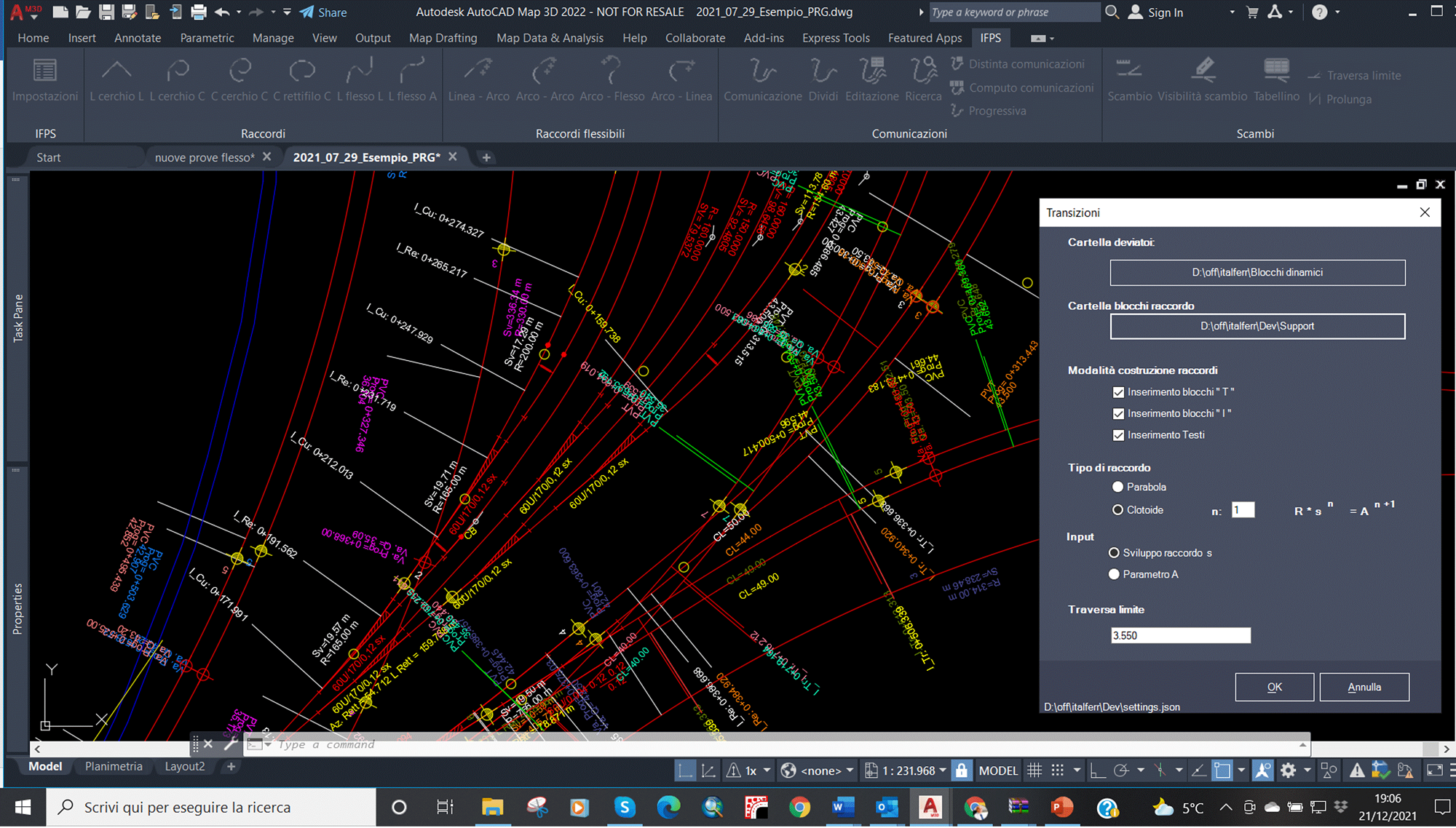 Among the main functions of the application, it is worth mentioning the following:

- All combinations of fixed element sidings such as straight lines and arcs;
- Complex calculation functions of the transition curves;
- Functions for "floating" sidings, which provide a preview of the geometries that can be obtained;
- An exhaustive library of switches;
- The Dynamic Blocks of AutoCAD that reduce the complexity of the drawing, by representing in a single block all the descriptions required in the different phases of the design.

Layout with rails and bearers